The Voice: Whose is it?

When she talks, it feels like a fork scraping against a stainless steel bowl.

And she’s a talker.

I love our conversations, but honestly, she can be hard to listen to.  And when we do talk, I can see other innocent bystanders visibly startle then cringe.  I don’t blame them.  But I don’t stop our conversations either.  Sometimes, you just got to get it out.

She’s a fantastic role model for speaking up, being heard and standing in your truth. She is totally unapologetic for voicing her needs.  Of course, I don’t think she’s wholly aware of how she sounds, but even if she were, I’m pretty sure she’d still think she’s pretty amazing.  She has staunch opinions. She knows exactly what she wants and doesn’t hesitate to ask for it. Insistently.  She’s ridiculously loyal, fiercely protective of those she loves.  I think the fierce protection is honestly meant but if tested, I’m not sure she’d back it up with real action.  A few years ago, she was my running partner but decided after a while that it just wasn’t for her.  So she stopped. No real explanation We’d go out and she’d start at a jog then just slow down, then stop altogether… so I stopped inviting her.

She responds to her intuition.  Whenever she feels a charge in the atmosphere, she responds. As someone who is trying to pay more attention to my intuition, I love watching her and trying to figure out what, exactly, she is feeling and sensing. Sometimes I think her intuition must not be very keen – she tends to react to things that never fully materialize.  But I admire her for being so trusting.  She doesn’t doubt herself and she behaves accordingly.  She can not understand my doubts or where they come from.

She is not beautiful. She’s got a thick, solid kind of physique but that doesn’t seem to bother her.  It doesn’t stop her from being active.  Her ears stick out, too big for her head but it doesn’t seem to affect her self-esteem.  Her hair is dark and thick and short. She has alert, beady eyes. She’s comfortable in her own skin. When she’s excited, she snorts uncontrollably with every breath.

She had a rough start in life. She was abused and then abandoned. She and her sister bounced around a foster system. Despite the scarring start, she does not allow any feeble excuses or poorly constructed roadblocks to stop her from chasing her goals.

Her name is Sika.  She is a black chow/blue heeler rescue. 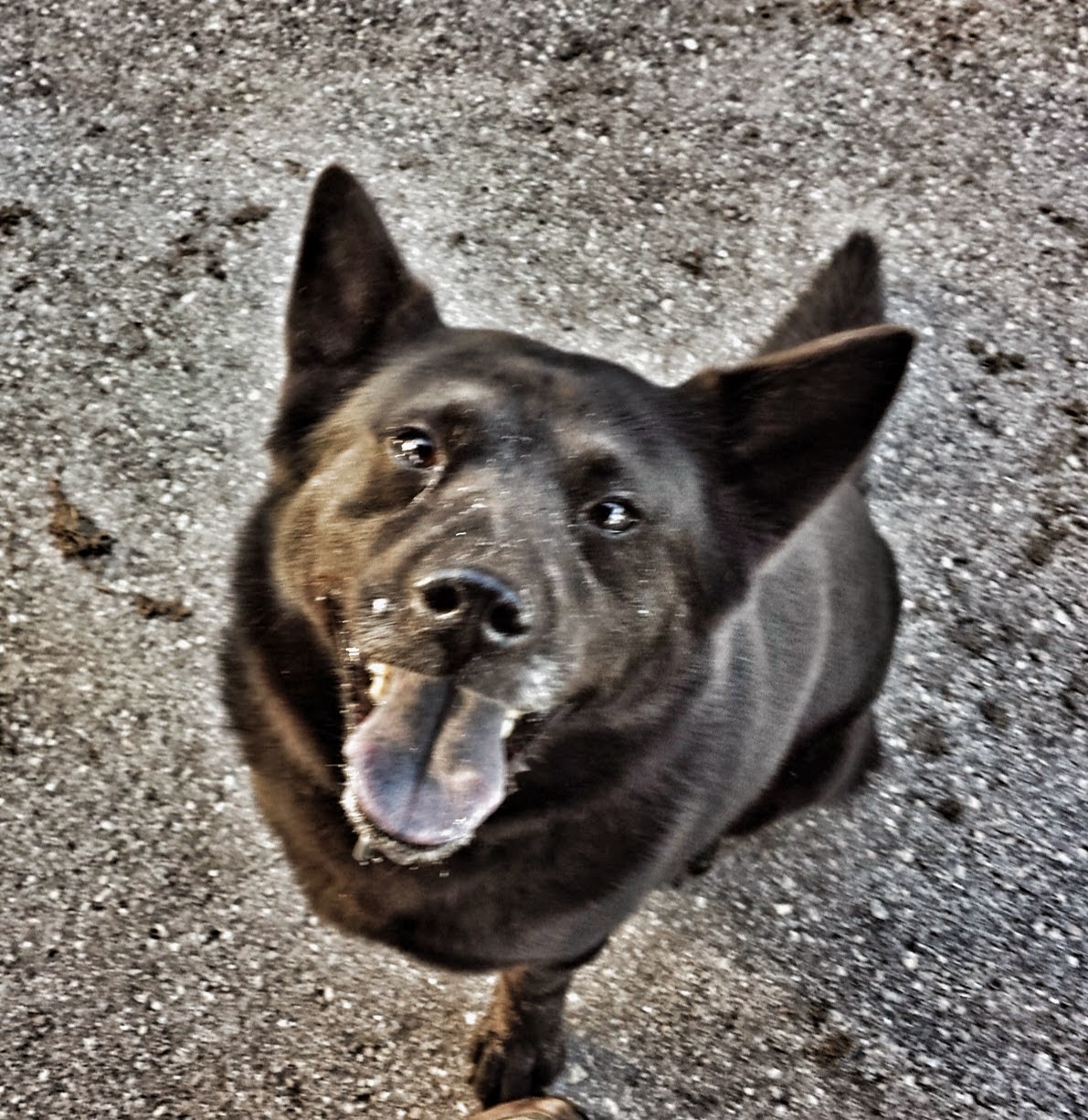 She doesn’t complicate her life by trying to interpret other people’s expectations or meet someone else’s standards of what is successful.  She has her own ideas and she lives by those.

Of course… she doesn’t have a job.  She doesn’t have bills to pay.  No kids to raise, retirement to save for or home to clean.  She just lives. In the moment. For herself.

But if she did, would she be so different?  Is it inevitable that under the pressure of daily life, we give up believing in ourselves, our inherent beauty and the passion to create the life we want?

At what stage do we lose our inner faith to create and succumb to someone else’s voice of what our life should be?

At what point do the stories created in childhood own our future?

If you ever question your path, maybe start with this one: when did I lose my voice?

Because you didn’t lose it… you gave it up.  You stopped listening to your voice and allowed the voices of others to drive your opinions and decisions.  It was a choice, no matter how unconsciously or thoughtlessly made.  But your voice is not lost…it’s out there waiting for you to find it again.

Go get it.  Then listen.